Can you believe it’s actually less than 2 weeks to Christmas. *Gasp* How did time fly by so fast??? It’s a bit unnerving. However, the good news is that the Season of Cheer is upon is, and that’s certainly reason enough to rejoice. If you’re anything like a friend of mine, you probably enjoying movies set during the Christmas season or counting down to it. My friend swears by “Die Hard” every Christmas season.

Here are some movies (old and new) that you might choose to add to your Christmas collective…..

1. The Perfect Holiday: Starring two beautiful people, Morris Chestnut and Gabrielle Union, this is a simple, feel-good Christmas story about how a little girl’s Christmas wish to Santa is the catalyst for her divorced mom’s romance with an aspiring songwriter who works as a department store Santa Claus.

2. This Christmas: To say this movie is full of Hollywood heavyweights is an understatement: from Idris Elba and Delroy Lindo to Regina King and Loretta Devine, this was an all-star cast in many ways. This is a Christmas story about a family reuniting under the same roof for the first time in many years. Hilarity ensues, sparks fly, fights break out, but familial love prevails. 3. The Perfect Holiday: The unstoppable Queen Latifah and the ever-youthful LL Cool J star in this gender-reversed and modern light-hearted remake of the original 1950s comedy. When Georgia Bird is diagnosed with a terminal illness, the extremely shy Bird leaves everything behind to spend all her savings living up her last few days in an extremely upscale European vacation. Amidst wonderful new experiences and opportunities, some comedic turns take place. 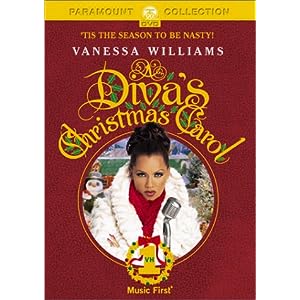 5. The Preacher’s Wife: A young Whitney Houston stars opposite Denzel Washington and Courtney B. Vance in this Christmas movie about an angel sent in answer to a tired Reverend’s prayer for help in his church and his marriage. Honorable Mention: This isn’t necessarily a Christmas movie, but neither is “Die Hard.” However, like “Die Hard,” this comedy takes place during Christmas time: Eddie Murphy is at his best in “Trading Places” opposite Dan Aykroyd and Jamie Lee Curtis. Eddie plays “Billy Ray Valentine”, a street hustler, who is hired to take the place of Aykroyd’s “Louis” as a commodities trader as part of a social experiment set forth by devious brokerage firm partners and brothers, Randolph and Mortimer Duke. This movie is a wonderful comedy about getting even. Eddie Murphy is at his prime :) Did you know that this movie was so successful that in 2010, it was referenced in testimony given to Congress as support for the need for laws against insider trading? It’s called “The Eddie Murphy Rule.” If that isn’t success, I don’t know what is!

Now that you’ve seen my list, what’s on yours? What would you add to this?